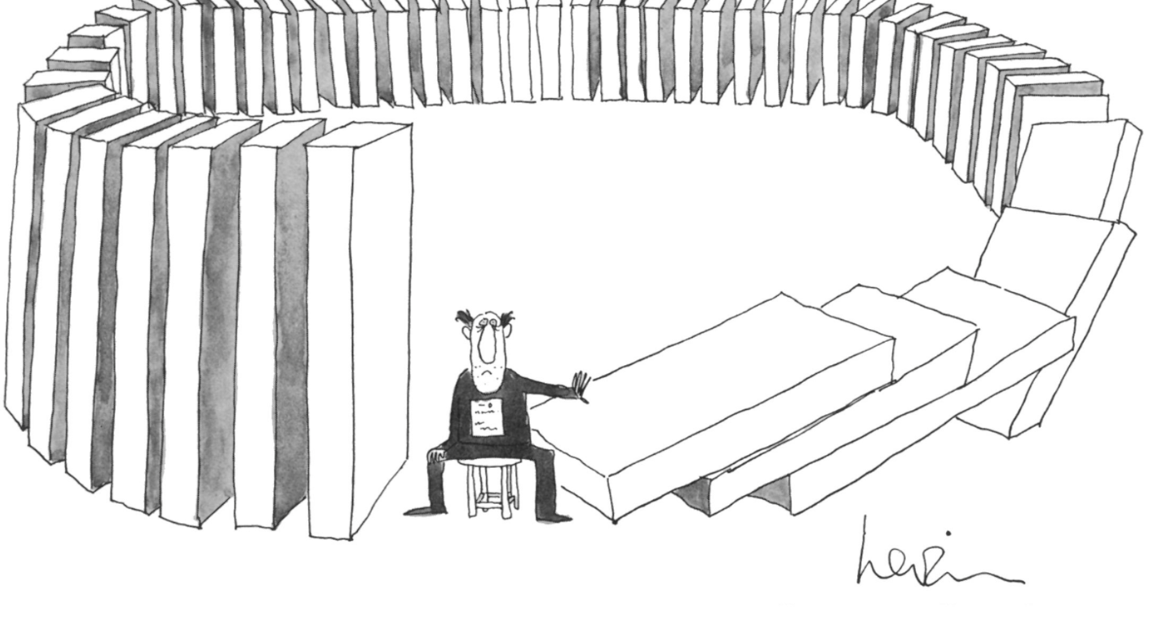 Climate Change is strange. Making sense of what is happening requires an enormous, analytically rigorous, collective effort. More than 200 scientists from 66 countries have worked together to assess knowledge on just the physical science basis of climate change.

Their answers were released this month in the Sixth Assessment Report (AR6) by the Intergovernmental Panel on Climate Change (IPCC) Working Group I. The IPCC AR6 WGI Summary for Policymakers has been approved by all 195 national governments, line by line.

The IPCC’s findings are clear, rigorous, and very concerning. They are captured in formal, technical language. Below, the Red Cross Red Crescent Climate Centre (RCCC) addresses the report’s implications (and you can also see the full report with cartoons here.)

Here are the RCCC’s seven humanitarian insights derived from the 2021 IPCC report. 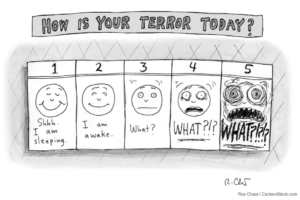 Air, water, ice, and life: all are changing throughout, in a way that leaves no doubt. The IPCC report confirms that human-caused climate change is all around us. This intergovernmental body of the United Nations dedicated to providing the world with objective, scientific information leaves no room for doubt: climate change is happening, widespread and rapid. This IPCC is sounding the alarm loud and clear.

Our insight is painfully clear: It’s getting scary, and humanity needs to do much more to properly address causes (reducing greenhouse gas emissions) and avoid the worst consequences (addressing the growing hazards we already face today, and better anticipating what’s coming our way).

In other words, the past is no longer a useful guide for the present: in this new normal, we should expect what we have never experienced before.

Moreover, the new normal itself will shift and worsen over time, as the planet continues to warm.

“Many changes in the climate system become larger in direct relation to increasing global warming. They include increases in the frequency and intensity of hot extremes, marine heatwaves, and heavy precipitation, agricultural and ecological droughts in some regions, proportion of intense tropical cyclones as well as reductions in Arctic Sea ice, snow cover and permafrost.”

The humanitarian implications of this IPCC report are difficult to fathom.

“There will be an increasing occurrence of some extreme events unprecedented in the observational record with additional global warming, even at 1.5°C of global warming”.

We need to anticipate and address drastically changing risks.

3. Impacts are already being felt everywhere.

The IPCC says: “Human-induced climate change is already affecting many weather and climate extremes in every region across the globe.”

One of the scientific figures in this latest report shows a painful truth: “Climate change is already affecting every inhabited region across the globe with human influence contributing to many observed changes in weather and climate extremes.”

Humanitarian workers, as well as government entities, civil society, multilateral organizations, and funders have been consistently overwhelmed in their capacity to prepare for and respond to climate-related shocks – as we have experienced recently in many regions of the world, including some of the poorest and most vulnerable, but also some of the richest countries.

Everybody everywhere has to rethink how to relate to our changing climate. As humanitarians, our primary concern is for the most vulnerable, often (but not always) those already marginalised or at risk, and often already facing many other challenges such as extreme poverty, conflict or poor health.

The IPCC says: “Global surface temperature will continue to increase until at least the mid-century under all emissions scenarios considered.”

Of course, how much worse it gets depends on how much effort we put into reducing greenhouse gas emissions. It is time to invest aggressively and intelligently in mitigation, while recognizing that even if we reached zero emissions tomorrow, our past emissions guarantee some level of warming.

Furthermore, as stated in the latest report: “With every additional increment of global warming, changes in extremes continue to become larger.” We must avoid the worst by reducing emissions as soon as we can, but also prepare for worse to come.

In other words, it is entirely possible that we’ll reach what the new report calls tipping points: critical thresholds beyond which a system reorganizes, often abruptly and/or irreversibly. There is a chance that ongoing changes are bringing us closer to some kind of cliff.

As noted by the IPCC, these outcomes are not likely, but they are possible and getting more likely as warning progresses. “Low likelihood, very high impact” – for humanitarians this almost sounds like the daily reality of disasters triggered by weather extremes… But if we would indeed drop over the cliff’s edge of such climate tipping points, many more drastic changes would follow, much beyond a single weather extreme. The humanitarian consequences would be very dramatic.

As humanitarians we have to engage in dialogue with other stakeholders, within and beyond science: understanding the implications of these abrupt and irreversible changes can help us to strengthen our advocacy efforts aimed at avoiding the unmanageable, as well as scouting the horizon to manage the unavoidable.

This will require new ways of working together. One way is re-imagining virtual engagements to radically enrich events at-a-distance, promote a low-carbon, low-budget, interactive way to stimulate creative engagement and co-production of knowledge in the fields of climate, risk, humanitarian work, and beyond. Can humanitarians and partners become virtually amazing?

The IPCC says: “With further global warming, every region is projected to increasingly experience concurrent and multiple changes in climatic impact-drivers.”

We have already seen too many manifestations of this pattern: extreme heat compounded by forest fires, exceptional droughts followed by flash floods, and more – often placing an impossible burden on disaster responders.

The new report asserts: “If global warming increases, some compound extreme events with low likelihood in past and current climate will become more frequent, and there will be a higher likelihood that events with increased intensities, durations and/or spatial extents unprecedented in the observational record will occur.”

Monitoring and dealing with such compound extreme events will require humanitarians, scientists, funders, and other stakeholders to set up and nurture systems that link early warning with early action.

Importantly, we know that climate is one of many stressors affecting those at risk. Extreme events often interact with other sources of tension. The prospect of more complex emergencies requires new levels of collaboration.

The IPCC document released by the IPCC Working Group I in August 2021 focuses exclusively on “The Physical Science Basis” of climate change. In other words, the scientists looked and reported only on the What, without explicitly addressing implications. In this brief document we have started to give a humanitarian interpretation of what these physical changes mean for us.

But more is coming soon from the IPCC. This includes the Working Group III report on what we can do to reduce emissions, and – especially important for the humanitarian implications – the Working Group II report on Impacts, Adaptation and Vulnerability. Expected to be finalized and published by February 2022, this will have valuable information on the questions of “so what” and “now what”, and will be absolutely central to humanitarian work.

We obviously can’t wait and hope things will work out well. Human actions have triggered a radical, ongoing change in the climate system. Human actions must now avoid it getting further out of hand by reducing emissions, but also take care of the consequences we are already facing today and prepare for worse to come.

At a minimum, we must do what we can to reduce the risk posed by the growing climate hazards: getting out of harm’s way ahead of an unprecedented tropical cyclone heading for a coastal village, considering rising risk when considering construction in a floodplain, and many more climate change adaptations necessary in relation to health systems, water and food security, how we shape our growing cities, and much, much more.

With this latest IPCC contribution, we now have a wealth of data, information and insight on how things are changing and why. An earlier IPCC report had stated that addressing the causes of climate change to limit global warming to 1.5 °C would require “rapid, far-reaching, and unprecedented changes in all aspects of society.” The same is required for effective adaptation:

Rapid, far-reaching, and unprecedented changes are needed in all aspects of society to coexist with climate change and avoid its worst consequences.

The IPCC has issued another very clear call to action. Now it’s up to all of us to act. There is so much we can do! Let’s.

Acknowledgements: The Red Cross Red Crescent Climate Centre (https://www.climatecentre.org) is grateful to the Intergovernmental Panel on Climate Change (IPCC) for its service to humanity through science, and to the many scientists that actively reach out to the humanitarian sector supporting efforts to turn knowledge into action. The RCCC also thanks their collaborators at CartoonCollections.com for their support in conveying some difficult truths through visual humor, both from their database and from the co-creation process of RCCC “Cartoonathon” events. Furthermore, the ICRC Innovation team is grateful to the RCCC for allowing us to republish this document on our InspiRED blog.