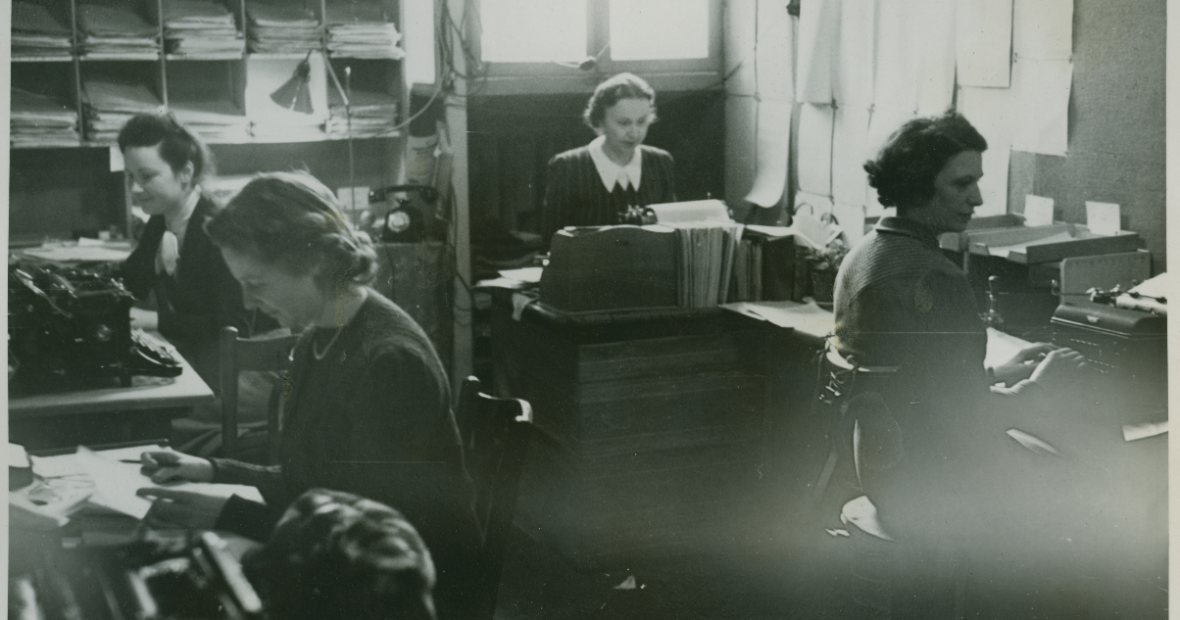 It is December 1916. Two ICRC staff members make the trip from Geneva to Frankfurt to talk to their counterparts in the German Red Cross on how to avoid the duplication of efforts to locate soldiers captured or missing in the conflict raging across Europe and beyond. At the time, both ICRC colleagues work in tracing. Both are managers, and perhaps unexpectedly both were called Marguerite – or Maggie, for short.

But let us back up a bit, to the beginning of the First World War; this war is not only regarded as a global historical reference but also as a transformative moment in the ICRC’s history. Since 1870, the ICRC had been involved in periodic tracing efforts but the scale and effect of this conflict was something altogether new.

In August 1914, as conflict spread, the decision was taken to create the International Agency for Prisoners of War (AIPG – Agence Internationale des Prisonniers de Guerre). During WWI the AIPG would typically receive 3,000 request letters daily, although this rose to as high as 25,000 requests during particularly intense spells on the frontlines.

This demand drove the growth of the AIPG and provides the first documentation of women working for the ICRC, often in a volunteer capacity. In fact records show the majority of AIPG staff were female. Despite this, we typically possess few details beyond names and roles performed. Renée-Marguerite Frick-Cramer is a fortunate exception.

Born to a Genevan family in 1887, pre-WWI Marguerite had already built a successful early career as a historian and scholar, having studied law in Geneva and Paris, earned a PhD in history, and been named as the University of Geneva and Switzerland’s first female professor. In August 1914 she put this aside to join the AIPG.

In autumn that year she became co-director of the department for the Entente, managing tracing services related to soldiers from the Entente alliance states – namely Britain and France – and setting up a long-lasting involvement with tracing and humanitarian protection activities.

In this role she grasped the need to evolve tracing processes. As an early example of data-management innovation she was involved in developing the system of index cards used to help trace requests, alongside her fellow co-director, Jacques Chenevière.

Marguerite is also the ICRC’s first female delegate, undertaking missions with colleagues to Denmark, France, Germany and Sweden. Here she played a role in discussing with state and national society representatives the conditions of POWs and ways to strengthen access and communication of information for the AIPG.

At war’s end in 1918 Marguerite achieved another milestone, becoming the first woman on the ICRC Committee, with her appointment being recommended as highly suitable “based on her qualifications and service”.

She continued to comment on the need for innovation at the ICRC. Following her experience at the AIPG she detailed ways and means to build an effective future central tracing agency in several texts and documents, including publishing a detailed internal manual for colleagues in 1932.

“The ICRC has the right and a duty to innovate whenever the principles of humanity require it to.”
– Renée-Marguerite Frick-Cramer 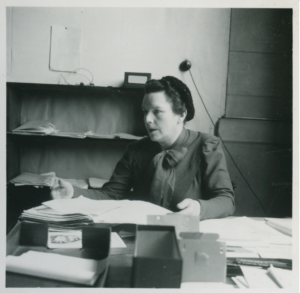 Building on her overseas missions she became an early advocate for the value of greater presence in the field, asking the Committee to follow in the steps of the Danish Red Cross in establishing permanent delegations in the countries of belligerents.

She also returned to legal work, participating in the drafting of the 1929 Convention on POWs. Throughout the 1920s and 30s she became convinced of the need to act in order to protect civilian populations in occupied territories and civilian detainees. She came to argue for combining protections offered to civilians and POWs.

Marguerite also worked on a draft convention for the protection of civilians, the so-called ‘Tokyo project’, which though it would not be the final version taken forward into the 1949 Geneva Conventions, is part of the progressive realization and concern for civilian populations in modern conflict.

As the world slid back into global conflict from 1939, the Central Agency for Prisoners of War (ACPG – Agence Centrale des Prisonniers de Guerre) was created by the ICRC. Thousands worked for the ICRC at this time. Most were now salaried, and many were women, often with highly varied backgrounds.

Marguerite Frick-Cramer returned full-time to the ICRC at the start of the Second World War as a director. Throughout the war she was heavily involved in trying to support increasing efforts to aid targeted civilian populations.

New during this conflict was the creation of a service to track requests related to colonial troops in the service of France. Initially part of the French Service, in July 1941 it formed an independent unit – the Colonial Service. At its head was Marguerite van Berchem.

This second Maggie was also familiar with the ICRC. She had previously worked in the telegram section of the AIPG during WWI, rising to become head of the German section. It was at that time that she and Frick-Cramer had undertaken their mission to Germany in 1916.

By the onset of WW2, Marguerite van Berchem was an expert in her own field. An archaeologist specializing in early Muslim architecture who had trained at the Louvre Museum, she had worked previously in North Africa on that very subject. To complement her own knowledge and understanding, her team recruited staff with experience from French colonies and the linguistic ability to classify Arabic and Sub-Saharan names in order to enable tracing. 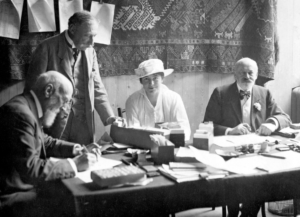 As the work and demand of the ACPG expanded with the course of the war, Marguerite van Berchem would show her qualities in other areas. When in autumn 1944, the Colonial Service lost contact with their French counterparts facilitating tracing, she undertook several missions for the ICRC towards the end of the conflict and afterwards.

Presciently, Marguerite also recognized the fast-approaching social and political questions that surrounded the future of the post-war European colonies. Arguing for a more humanitarian approach towards the treatment of indigenous peoples, she wrote in 1944 that the recent ICRC’s approach could provide an example going forward.

As the hostilities spread, the ICRC had to increase considerably the number of its collaborators. So, Marguerite Gautier- van Berchem had the idea of calling persons of good will in other Swiss towns for help. Thus, under her direction, the auxiliary sections to the Agency were created; at their peak, these sections had over 1,000 staff, whose work was of inestimable value.

In 1951, she was elected a member of the ICRC, and in 1969 an honorary member. She also made generous donations to the staff pension fund, in aid of retired employees in need.

As the world celebrated International Women’s Day this week, we are proud to look back on the profiles of such female innovators who have influenced and guided the evolution of the ICRC. This particular pair of pioneers, through the events of the two world wars, succeeded in breaking the stereotypes of the world of work of their time, and successfully established themselves as two of the ICRC’s memorable innovators.

We hope you enjoyed reading this short story of our two Maggies’ professional lives within the ICRC. This article is written with the help of resources gathered by the Archives and Library Division, and the Central Tracing Agency and we invite you to delve further into the history of innovation at the ICRC through our Archives. You can also read more on Marguerite van Berchem here.