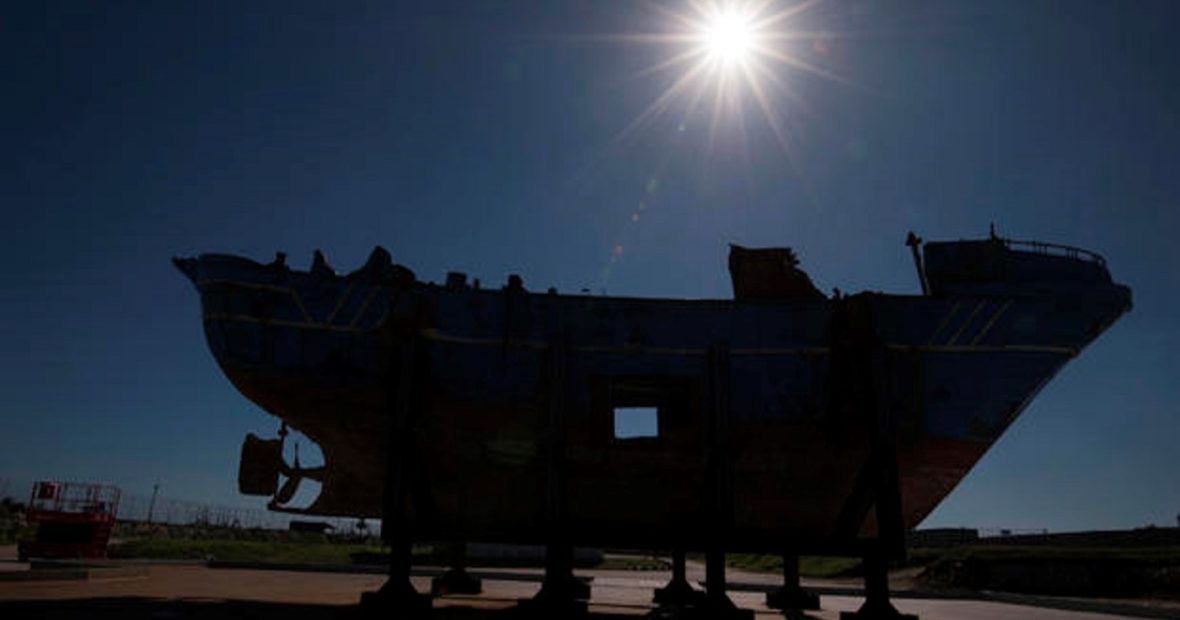 When a person goes missing, it’s usually the family that approaches the ICRC to ask for help. But how do you find someone that no one has declared missing? The European migration crisis identified new questions that demanded new answers.

A young man drowns while crossing the Mediterranean, but his family doesn’t know. They believe he is still making the long and perilous journey to a better life in Europe, and no missing person report is ever filed.

“If nobody is looking for you, you’re not missing,” says José Pablo Baraybar do Carmo, the ICRC’s Transregional Forensic Coordinator, who is seeking to reverse the usual tracing path. Starting with the human remains, he must seek the family.

Family members will always have a desire to learn the fate and whereabouts of their missing loved ones. However many may not even know that their loved ones are missing in the first place.

The nature of the European migration crisis means people have traveled vast distances over long periods of time, often unable to maintain regular contact with family members. Tens of thousands have drowned while attempting the final crossing of the Mediterranean and thousands of those are unidentified, their fate and whereabouts hidden from their loved ones. They are not ‘missing’, at least not yet, but their identities are unknown.

A methodology known as Complex Network Analysis – drawn from computer science but applied to the humanitarian field by the ICRC in partnership with the Institute of Calculus at Universidad de Buenos Aires (CONICET) in Argentina – is offering the hope of new solutions in the case of migration and more.

“Nobody ‘disappears’; they are abducted, leave or are killed. But in this process of migrating, you will interact with entities, people and spaces, and relationships are created,” says Baraybar.

Each of those interactions leaves a trace. “That is the purpose of the project: trying to make visible the invisible links between and among individuals,” he says.

Augmenting those links are an individual’s “attributes as a person” such as age, origin, wealth or education, any of which might make someone a more likely candidate for migration to another country, a target for abduction or killing by an armed group or a victim of natural disaster.

Detective-like, it means asking questions of non-traditional sources, including those people who are not looking for anyone themselves but who might have information, such as witnesses, survivors and even smugglers. A dedicated computer program analyzes the vast amounts of data collected from these sources to produce a visualization of known networks, through which unknown individuals moved.

“It is an initiative that has tremendous potential. We’ve been exploiting data that has not been exploited before,” says Baraybar.

On 18 April 2015, a vessel sank off the coast of Libya with only 28 survivors. Immediately after the Catania sank, a manifest suggested around 800 passengers were onboard, but the tracing analysis estimated the boat had been overloaded with between 1,050 and 1,100 people – almost 300 people who might have been lost to any identification efforts.

The first step was to build a passenger list but – once ID documents were retrieved, some survivors debriefed and existing tracing requests completed – only a few dozen names could be identified. “How do we get to know the people who have no ID documents of any kind? By reconstructing the networks or links that exist between the people that we do know,” Baraybar says.

Like all tracing, it is a process. “This is not an algorithm, it is a model of intervention that starts with the question: what information do you collect? People may have information that you did not know they have, and maybe they did not know either.” This information can include: who else boarded a vessel, who were they travelling with, where had they come from or what was their destination.

It is also a call to be more proactive, to approach people who may have information rather than waiting for families or other sources to come forward.

Complex Network Analysis is an innovation being tested in the theatre of Europe’s migration crisis, but “its application could be wider than missing persons in migration and could also extend to situations armed conflict,” says Jill Stockwell, the ICRC’s Central Tracing Agency Transformation Programme Manager.

“It builds on our traditional approach to tracing for the last 150 years,” she says. “There’s new technology, new processes, new tools, but they have to be embedded in traditional ways of building trust with families, sharing as sharing all available information and being physically present with those affected.”

The ICRC is working to transform its Central Tracing Agency, which is responsible for reuniting families, searching for missing persons and ensuring the protection of the dead. For this work, new technologies play an important role.

“This work with the Argentine CONICET group allows us to see connections between people we might otherwise miss and may point to the next step in the search,” continues Stockwell. “This can be the most difficult part of tracing especially in such a complex situation that spans vast geographical distances over a long period of time, and this approach can help indicate where to go next to get more information.”

Restoring dignity in death to the fullest extent possible and providing answers to families about the fate of missing relatives, Complex Network Analysis has the potential to provide information where it otherwise might not have been possible.