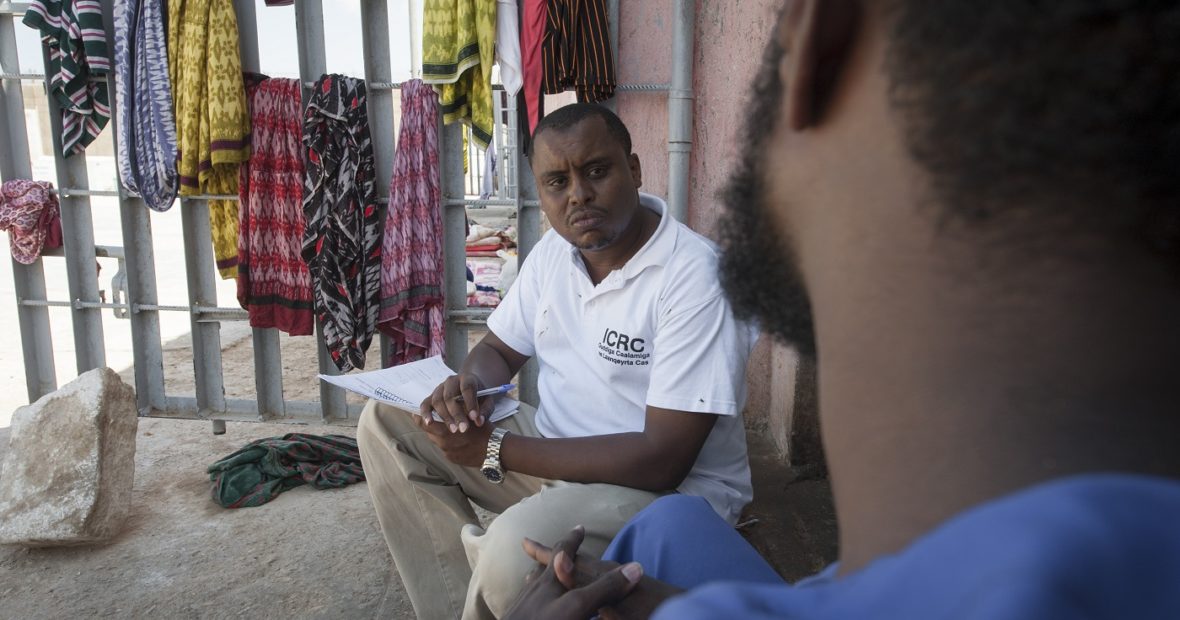 How can you understand what it’s like to interview a person in detention until you’ve done it? A new interactive scenario-based simulation to bring effective training on difficult interviews to a wider ICRC audience.

Every interview requires empathy, curiosity, patience and a willingness to listen, but some need a whole lot more. When ICRC staff enter places of detention around the world – as we have done for 150 years – the detainees we encounter are frequently distressed or traumatized.

Wherever they are, and in whatever situation, persons in detention are entitled to be treated with dignity, humanity and respect in accordance with international law. In such situations, experience is the interviewer’s strongest quality yet the hardest to acquire.

The ICRC’s unique access to people behind bars and constant dialogue with detaining authorities helps it ensure humane conditions of detention and better treatment of detainees, provide medicine, clothing or other items in cases of emergency, and play a fundamental role in preventing extra-judicial killings, torture and abuse. As Max Wiegmann, who heads the ICRC’s protection training unit, says, “These interviews are the absolute core of the ICRC’s work in detention.”

Aiming to give new staffers a head start, the ICRC has developed an e-learning tool that uses actors, choices and virtual reality to put trainees inside places of detention and in front of detainees who role-play a variety of “difficult” yet typical interview situations: aggressive, silent, suspicious or emotional.

Choose Your Own Adventure

“The scenarios encompass the most commonly challenging situations,” explains Natalie Deffenbaugh, an adviser in the ICRC’s unit for persons deprived of liberty.

In the past, a limited number of new staff would travel to headquarters in Geneva to undergo a three-and-a-half-week introductory training course that included a simulated visit to a place of detention, a basement known as ‘Mandarak’. There they would encounter ICRC volunteers playing the parts of detainees and authorities in different scenarios and could test their ability to put detainees at ease and gather useful information about their conditions and concerns.

It was a centralized and resource intensive training program, heavy on both staff and facilities. “We began to think, how can we convey the same knowledge in a new way,” says Deffenbaugh. “How do we continue the learning objectives from Mandarak into a new era?”

Technology developed by software company BranchTrack creates problem-solving scenarios that allow conversations to evolve in different ways, much like a flow chart. ICRC trainees are confronted with brief 15 second interactions with each “detainee” after which a set of three options are provided leading to different outcomes, some successful, others not.
“It’s a choose your own adventure style training program,” explains Wiegmann. “Each scenario evolves according to the choices made.”

Wiegmann also plays the role of ICRC delegate in one of the scenarios, and in fact all the parts are played by volunteers from within the ICRC. That they are effective reflects the tight scripting (and committed acting from all involved) as well as professional filming by production company Crossmotion which recorded the actors against a “green screen” allowing the ICRC’s in-house VR team to paint in a range of backgrounds afterwards.

The simulation is a leap forward in interactivity and engagement, avoiding passive audio slideshows or soporific PowerPoints. In tests so far, Wiegmann said, “People have responded positively to this ‘gamification’ of learning.”
At the end – successful or not – trainees receive brief feedback onscreen which can then be augmented by trainers or through discussions with colleagues, and then the scenario can be rerun, testing the outcomes of different choices.

While the platform has been developed specifically for interacting with people in detention, its potential utility is far wider, and it could be instructive for all within the ICRC who conduct interviews in the course of their work. “The ability to establish a good rapport goes beyond detention to any colleagues interacting with anyone in situations of conflict,” says Deffenbaugh.

The interview scenarios will soon be made available on the ICRC’s internal iLearn portal, as well to regional offices, meaning training in this fundamental skill will reach more people than ever before. 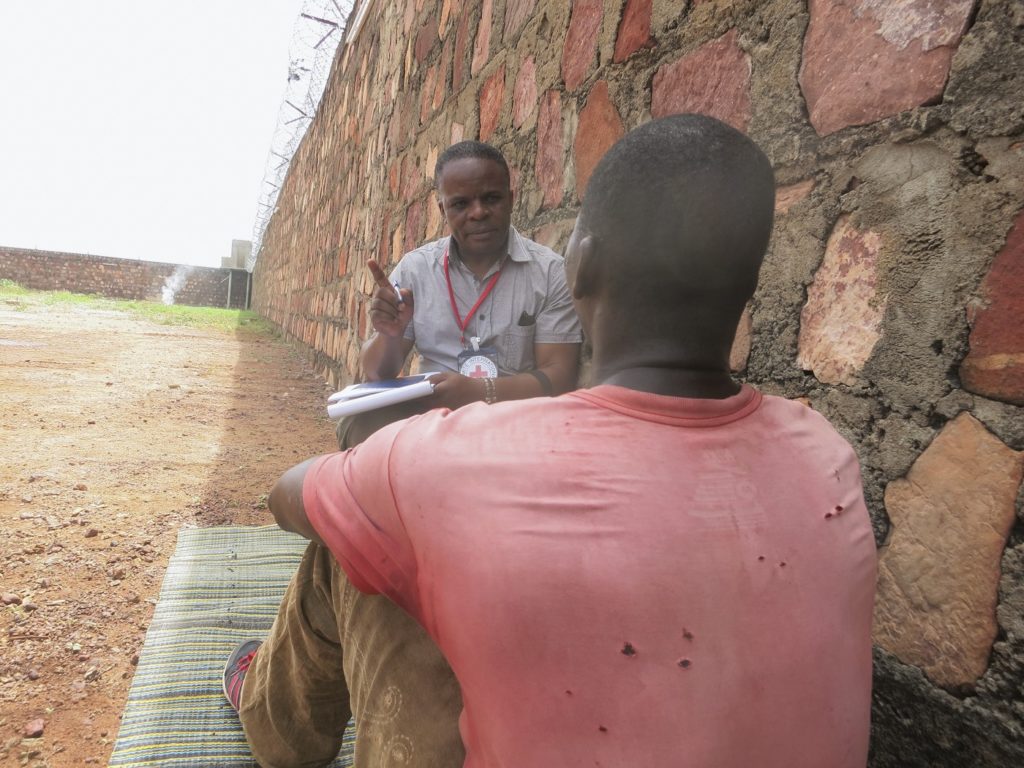 More than 60 years of research  into the effectiveness of virtual reality for education and influence demonstrates a powerful connection between improved learning and virtual environments. ICRC continues to explore the possibilities and opportunities associated with Extended Reality (XR)  and its correlation to training and influence.