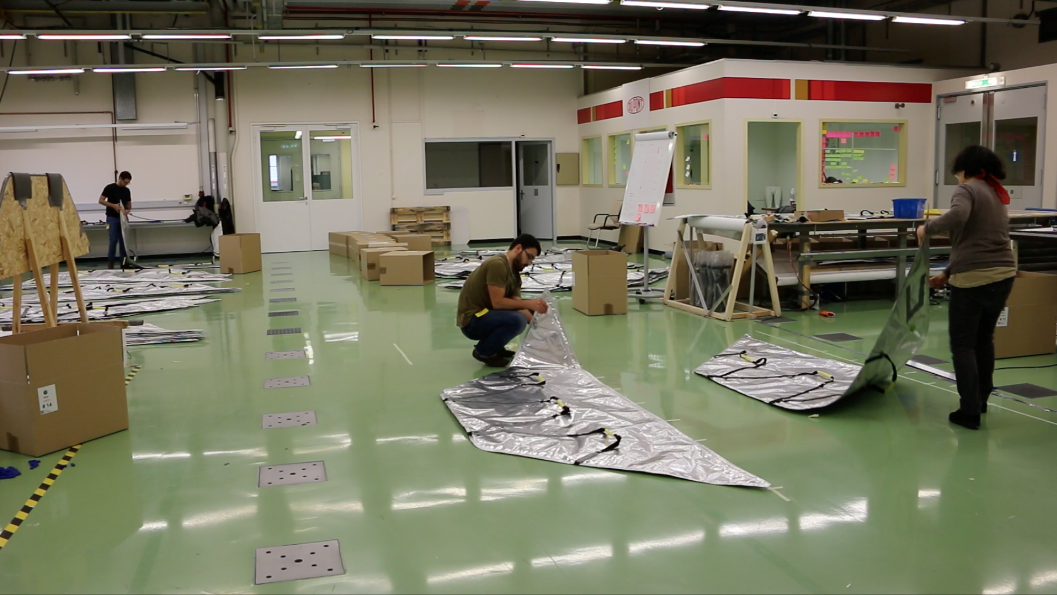 The ‘Better Body Bag’ has been a textbook exercise in innovation: it started from a well-defined need; its development has been iterative, with unforeseen challenges giving rise to new solutions and adaptions; and throughout its lifetime, it has been a product of partnership.

As one of the only humanitarian organizations with a dedicated forensics department, tasked with applying forensic science to address key humanitarian issues, the ICRC is often faced with helping to overcome distinct physical, legal, and potentially dangerous challenges in the field.

There is the constant problem of bodies decomposing rapidly, especially in many of the extreme conditions where ICRC staff work, such as conflicts or the aftermath of natural disasters. Currently available body bags are little more than plastic sacks that do nothing to preserve corpses.

Add to that the problem of retrieval – when hastily or clandestinely buried bodies must be exhumed and identified before reburial – during which remains are exposed to the air, accelerating the decomposition process and loss of information that may be valuable for identification.

ICRC forensic anthropologist Annuka Bathija believes that the answer to many of these challenges lies in the vacuum-sealed, temperature-controlled ‘Better Body Bag’ – currently in the final stage of development.

The quest to improve body bags began in Geneva five years ago with a discussion between the then ICRC Forensics HQ team Oran Finegan and Morris Tidball-Binz about inflatable fridges and the lack of electricity in warzones. From there, it was a short step to the idea of a body bag that could act like a fridge to slow decomposition.

Finegan and Tidball-Binz ran into ICRC’s then medical advisor, Robin Coupland, who was involved in The Port Hackathon at CERN, held in 2014. Coupland proposed the idea of making a body bag to slow decomposition as part of the Hackathon challenge.

“A group of individuals, now known as SSRA [Social Solutions Research Association], were mad enough to take on this idea,” Bathija says.

At the end of the Hackathon, the team presented a first prototype to the ICRC Forensic Advisory Board – a panel of leading external forensic experts – who were impressed with the concept. You can read the Hackathon blog entries about how the teams tackled the problem, and watch the video clips from THE Port to see their initial test subjects, fish, being left out in the sun to putrefy as they tested different means of countering liquefaction.

“When the Forensics department heard the results, demonstrating a glimmer of positive difference, they decided to take it further,” explains Bathija.

The Innovation Team assisted in bringing together experts from the ICRC with academics and the private sector (including industrial chemicals company DuPont which provided working space at its Geneva Innovation Center) to create what quickly became dubbed the Better Body Bag.

The solution, arrived at through different iterations, involves a tougher material and more robust design to withstand field conditions; a thermal reflective layer similar to an emergency space blanket to moderate temperature; a built-in vacuum seal with valve and pump to prevent air getting in; an interior lining of super-absorbent cellulose that works like a disposable diaper to prevent leakages; and the incorporation of scannable radio-frequency identification (RFID) chips that allow each bag to be identified via a unique code, even after burial.

The team manufactured the first 100 prototypes, sending 40 to Thailand for field testing with pig carcasses as proxies for human remains.

“Certain elements have changed over time from the first prototype: the placement of the closing mechanism, the closing mechanism itself, the super absorber pad location and capacity, and the handles,” Bathija says. “Having an idea is one thing, but making it a reality is another.”

The latest prototype is due to undergo a final round of tests, this time using donated human bodies, before deployment to the field. Its designers are confident that the Better Body Bag will live up to its name, and expectations.

The Better Body Bag is a typical story of product innovation: it is a long-haul journey that calls for different stages and iterations. It brings up issues of investment, capacity, Intellectual Property, and commercialization, just to name a few. For the ICRC and beyond, these are becoming ever more critical today as the demand for new partnerships and products continues to grow, alongside different distribution models offering entry into untapped markets and increasing access for the most vulnerable.